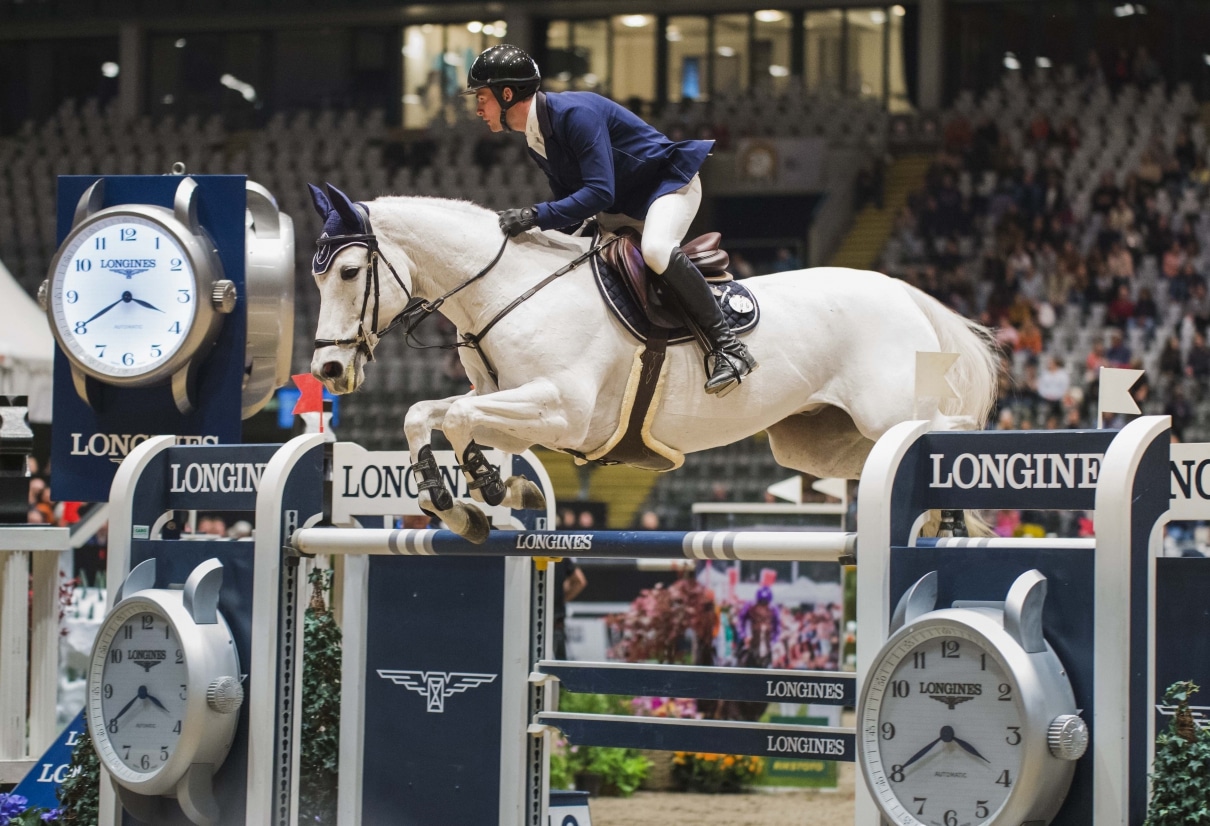 It was a really big day for Switzerland’s Bryan Balsiger who galloped to victory with the gallant grey gelding, Clouzot de Lassus, at the first leg of the Longines FEI Jumping World Cup™ 2019/2020 Western European League in Oslo, Norway today.

In a super-hot 12-horse jump-off, the 22-year-old from Neuchâtel near Lausanne threw down a brilliant round when third to go and, despite their best efforts, the rest of the world-class field couldn’t catch him.

He wasn’t the obvious winner on the start-list for this first leg of the 14-leg league from which nine riders will qualify for the Longines 2020 Final in Las Vegas (USA) next April. But this is a young man whose star is clearly on an upward trajectory, and he put himself squarely in the limelight when making only his second-ever World Cup start a winning one, pinning Portugal’s Luciana Diniz into runner-up spot while home hero, Geir Gulliksen, finished a crowd-pleasing third.

Balsiger was full of praise for the 11-year-old horse he has been competing now for over three years.

“He gives me 200 percent at every show and together we have won gold at the Young Rider Europeans and at the Swiss Championships, but this is the biggest win of our career! He’s so brave, and he gives his heart for me every time!“

The time-allowed of 78 seconds proved difficult to get in the first round over the course designed by Italy’s Elio Travagliati, so there was a huge cheer from the home crowd when Gulliksen squeezed through the finish in 77.98 to make the cut into the jump-off with the nippy little VDL Groep Quatro.

Balsiger and Clouzot put it up to the rest of them when setting the target at 40.00 seconds when third to go in the second-round race against the clock. And Gulliksen looked set to challenge that with a great run from Quatro when next into the ring, but the clock stopped on 40.99 seconds so when Diniz steered her 10-year-old gelding, Vertigo du Desert, through the timers in 40.40 then the Norwegian slipped down to third. There was still plenty more excitement to come however.

Brazil’s Marlon Modolo Zanotelli, who claimed both individual and team gold at this summer’s Pan-American Games, set off at a scorching pace but, hampered by a stumble after the third fence, hit the first element of the following double and still managed to clear in the line in 40.26 seconds. And then French rider Olivier Robert, who had already made a miraculous recovery when jumped out of the saddle over the penultimate oxer in the first round, experienced almost exactly the same result over the same fence second time out to come home clear but in a time of 42.64 with Tempo de Paban.

It did seem the leading time was beatable and, third-last into the ring, Sweden’s Peder Fredricson and H&M All In proved it was when breaking the beam in 38.47 seconds. But the 2016 individual Olympic silver and 2017 individual European gold medal winning partnership left the first element of the double on the floor, so when Germany’s Christina Kukuk and Colestus had a stop at the third then there was only one man to challenge Balsiger. His compatriot and world no. 1, Steve Guerdat, partnering the horse with which he won his third Longines FEI Jumping World Cup™ title in Gothenburg (SWE) earlier this year.

Setting off at a cracking pace, Guerdat and Alamo looked seriously threatening until finding themselves on a wrong stride to the vertical before the double. So when the poles came tumbling down it was Balsiger’s time to shine.

He reckoned his plan to do seven strides from that vertical to the following double was where he clinched it. “I knew there were a lot of faster riders so I had to take a risk and I’m really happy it worked out for me!” Balsiger said. And he expressed his gratitude to his father, Thomas, who is his trainer. “I can always trust him and all my family and the others around me who help me a lot – they make it happen for me!” he pointed out.

Third-placed Geir Gulliksen was a happy man too. “This has been the best-ever World Cup here in Oslo and it’s the last one in my 50’s, but it’s not the last one I’ll ever do!” said the rider who has been the rock on which the Norwegian team has relied for many years now and who will turn 60 next January.