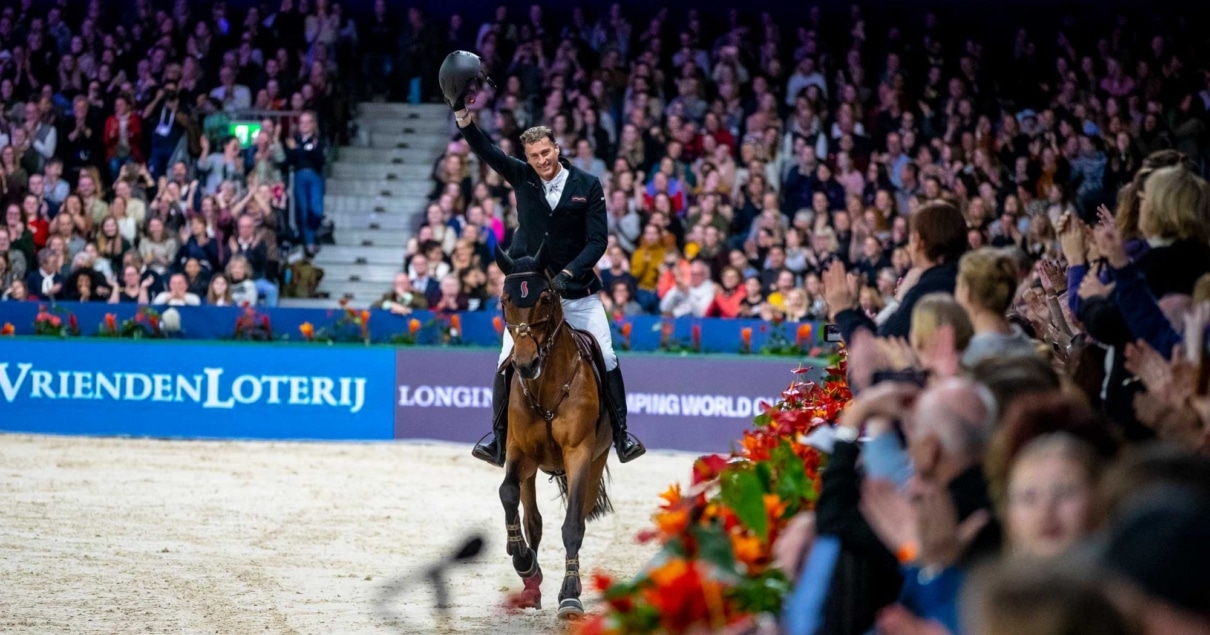 Over the weekend we were meant to be enjoying Amsterdam, we take a look at this magnificent annual event…

Equestrian events don’t get much bigger than the fabulous Jumping Amsterdam, which has taken place in front of sold-out stands in the famous Dutch city for more than 60 years!

This prestigious show has been held annually since 1958 at RAI Amsterdam and is renowned for its colourful atmosphere and excellent competitors, including FEI World Cup™ legs in Jumping and Dressage. The 2021 edition was scheduled to be held this weekend, but while, sadly, it had to be cancelled, we can already look forward to 2022.

Over 55,000 people find their way to RAI Amsterdam each January for an event that illuminates the start of the year. Its entertainment and fun ensure the event embraces the host city’s unique character! Among the attendees each year are members of the Dutch royal family, which just shows how prestigious the show is.

Those not lucky enough to attend, love to enjoy it from home too! The show attracts almost three million television viewers in the Netherlands along with many more globally via streaming services.

Just to give an idea of the size of the show, it has a budget of €1.5bn, employs more than 200 workers, provides stabling for 190 horses and requires 1,300 tonnes of sand for the training and competition rings!

As well as hosting legs for the FEI World Cups™ in Jumping and Dressage, it is attended by the best equine theatrical shows and performers.

Jumping Amsterdam has not always been so big, of course. Back in 1958, Ben Arts, the former international Jumper, struggled to get his dream of staging an indoor show at Amsterdam’s old RAI off the ground. His powers of persuasion somehow secured the backing of beer magnate Freddy Heineken as sponsor, and Jumping Amsterdam was born. It was an immediate success, with the first Grand Prix of Amsterdam title won by Harry Wouters van den Oudenweijer on Luetnant.

Three years later, the show switched to the new RAI venue, which has been its home ever since. Harvey Smith and Nelson Pessoa were among the Grand Prix winners in the 1960s, while Hugo Simon was the first champion when Amsterdam became part of the FEI Jumping World Cup™ series in 1978.

The big names continued to shine in the 1980s as David Broome, Pierre Durand and John Whitaker all stood at the top of the podium. The first FEI Dressage World Cup™ event was held in 1989, with Germany’s Sven Rothenberger coming out on top with Andiana.

After a decline in crowds up to the start of the 1990s, a new management team and fresh ideas led to the revival that continues to this day.

Highlights in the years since include the Dutch domination during the 1990s with Jos Lansink dominating the Jumping and Anky van Grunsven winning the Dressage event five times. The latter’s retirement of Bonfire at RAI in 2000 raised the roof at the start of the new millennium.

The 2020 edition of Jumping Amsterdam last January was as good as any staged in the years since 1958. Dressage’s two biggest stars – Isabell Werth and Charlotte Dujardin – battled it out for the top prize in a classic head-to-head.

There was Dutch delight in the Longines FEI Jumping World Cup™ as Marc Houtzager, with Sterrehof’s Dante, and Harrie Smolders, with Monaco, took the top two places.