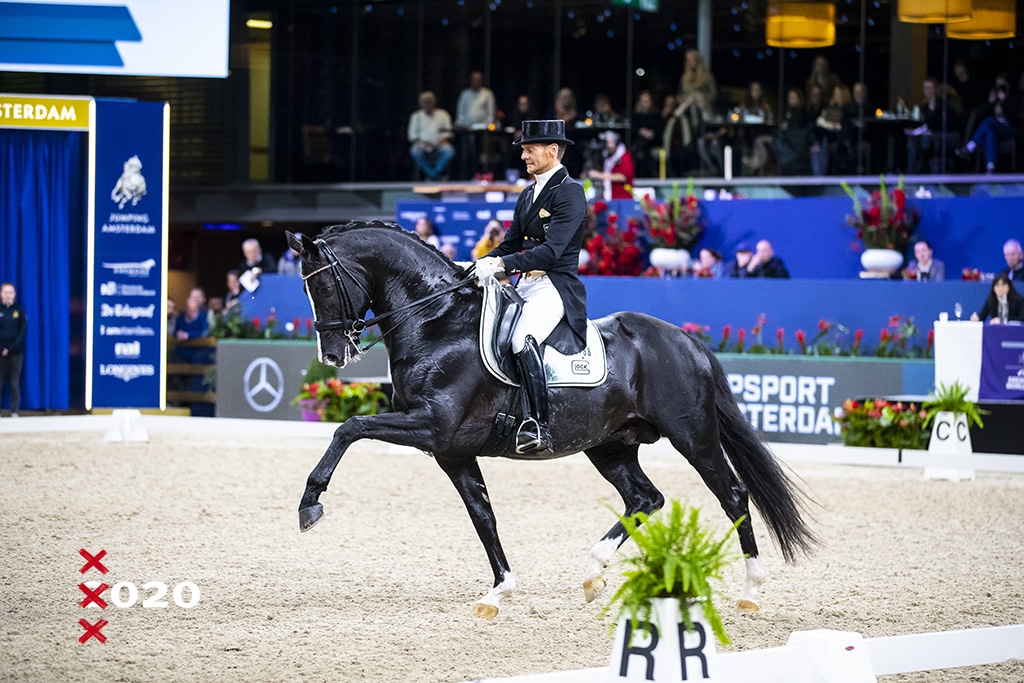 The dressage Magazine Prize at Jumping Amsterdam was a prey for Edward Gal and the 8-year-old Glock’s Total US (f. Totilas). Gal received a standing ovation from the enthusiastic audience, which the jury judged with 75,539%. Kirsten Brouwer rode the 10-year-old Foundation RR (f. United) and took the second prize home. The jury judged the rider’s test with 73.088%. Jeanine Nieuwenhuis received the third prize. Nieuwenhuis entered the RAI with the 9-year-old Great Lady TC (f. Bretton Woods) and received 72.696%.

Gal: ”It was a tough ride. While exploring the track he got very busy with everything around him. He was busy in the ring with all sorts of things and then I couldn’t get him to sit quietly in the railing. He was a bit scared of his own shadow, which he was looking at.”

It’s great that I can ride this test now.

“It’s super fun that it’s like this. I know I can do so much better and then it’s great that I can ride this test right now.

Van de Mheen: ‘I was always trying to grab the most forward distance&...
Scroll to top