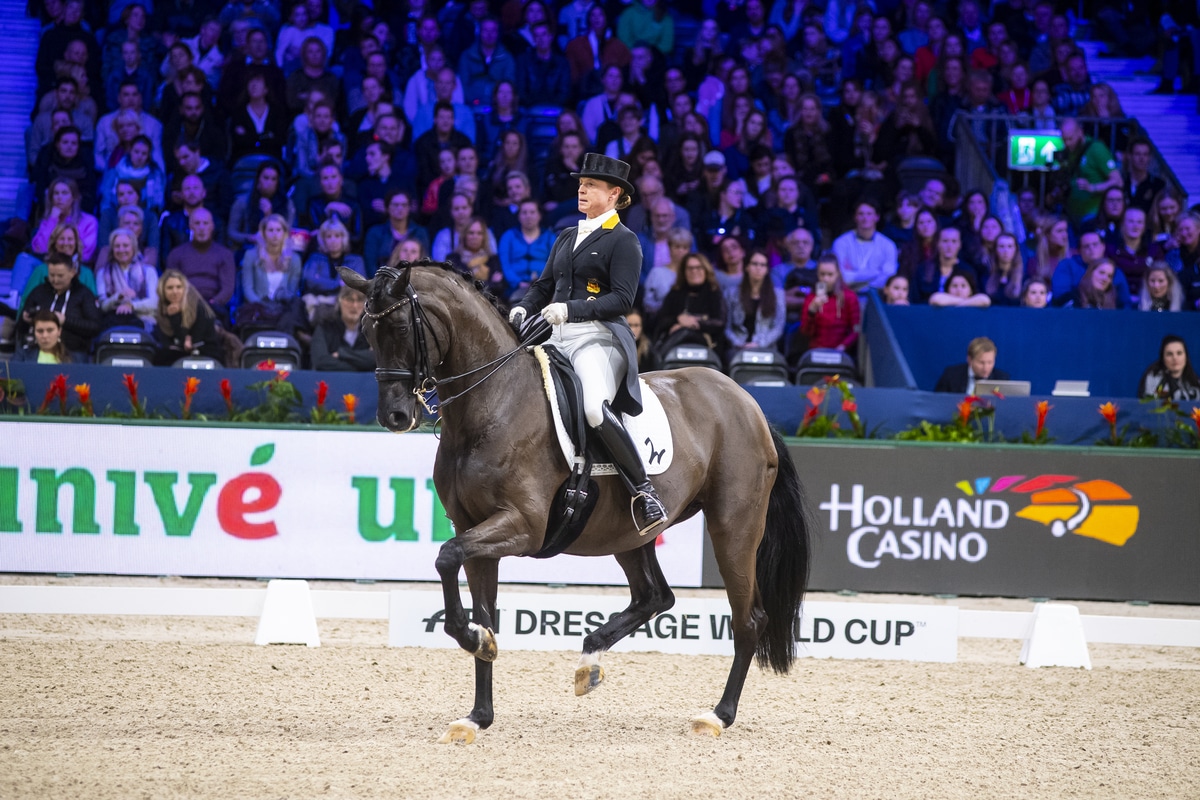 Amsterdam – The FEI, the international equestrian association, has announced that two more FEI Dressage World Cup qualifications will be held in the Netherlands in the 2020/2021 season.

The FEI Dressage World Cup qualifier has been on the program for many years during both Jumping Amsterdam and Indoor Brabant. Now the FEI announced that both events can welcome the dressage world cup again in the 2020/2021 season. Jumping Amsterdam is on the agenda from 28 to 31 January 2021.

âWe are very happy with this allocation. This way both world cup qualifications in Amsterdam acquire a structural character and that guarantees beautiful sports in a sold-out RAI.â Says Paul Riemens, chairman of the board at Jumping Amsterdam and also CEO of the RAI.

Because many top riders like to visit Amsterdam, the public is spoiled with breathtaking dressage during the World Cup qualifications. This year Isabell Werth won with her top horse Weihegold OLD with a top score of 90.280%. Charlotte Dujardin finished second with her mare Mount St John Freestyle with a difference of only 0.775%. Edward Gal was the best Dutchman and won a third place with GLOCKâs Zonik N.O.P. with a beautiful score of 85.385%.

Irene Verheul is Sports Director at Jumping Amsterdam: âIt has only been a month since we saw absolute top-class sport at the FEI Dressage World Cup. Itâs fantastic that the FEI has assigned us a qualifier again an I think is is a big compliment to our team.â

Maarten van der Heijden, technical director of the KNHS, says: âJumping Amsterdam and The Dutch Masters are absolute top shows that have ensured conditions that enable maximum performance for many years now. That they have once again been awarded the World Cup qualification shows that the FEI also recognizes and appreciates this. â

The full calendar of the FEI Dressage World Cup season 2020/2021 will be published later.