The FEI has set in motion the Time To Beat campaign which highlights the hard work, dedication and perseverance of equestrian athletes who dedicate their lives to reaching World level sporting success.

Launched at the start of the Longines FEI Jumping World Cup™ 2021-2022 season, the cross-media campaign brings together the FEI, its Top Partner Longines and the Organising Committees of the North American League and Western European League to celebrate the human and equine athlete journey to the elite levels of the sport.

“The Longines FEI Jumping World Cup™ competitions are full of edge-of-your-seat moments where winners can be determined by fractions of a second and it is this sporting drama which engages fans and keeps them coming back for more each season,” FEI Commercial Director Ralph Straus said.

“But these moments of brilliance are the culmination of years of hard work, patience and endless repetition. And when it comes down to that critical moment in a competition, it is the communication between the athlete and horse that is often the determining factor for a win. This horse-human connection takes years to create and it is this journey in time that we want to celebrate through the Time To Beat campaign.”

The video, released to mark the start of the campaign, connects the in-competition performance of the human and equine athletes with powerful images of the daily dedication and perseverance that athletes need to cultivate over time to reach their sporting goals.

“The values of the Time To Beat campaign resonate strongly with Longines as we know from first-hand experience that excellence can only come from years of commitment,” Longines Vice President Marketing Matthieu Baumgartner said.

“Perfection does take time and with our experience in creating digital engagement campaigns with the FEI over the past year, we can now tell this story in a more authentic way and deliver a message that people from diverse backgrounds, not just equestrian, can identify with.

“The Longines FEI Jumping World Cup™ has inspired large numbers of fans and we believe that by adding powerful initiatives like the Time To Beat campaign we can take equestrian sport to another level.”

The Time to Beat campaign has found strong support with the Organising Committees of the North American League and Western European League where Longines is the Title Partner. The first leg of the North American League for the 2021-2022 season will kick off in Langley, British Columbia (CAN) on 26 September while Oslo (NOR) will host the first leg of the Western European League on 17 October.

“The pandemic situation has brought home to the sports world that our lives can also change dramatically from one minute to the next,” said Chris Pack, President and Operations Director at the Thunderbird Show Park in Langley.

“While this campaign is meant to highlight the hard work that goes into the making of a sports star, it is also a celebration for our community who have worked hard to find solutions and ways to ensure that our athletes and fans have the Longines FEI Jumping World Cup™ competitions to enjoy.

“The Time to Beat campaign messages of persistence, tenacity and dedication are universal and we are looking forward to communicating these values to our local communities to bring them closer to the action and emotion that the Longines FEI Jumping World Cup™ competitions have to offer.”

Time to Beat will be a three-year campaign that will see a number of activations around the Longines FEI Jumping World Cup™ competitions to boost fan engagement and involvement.

“We are looking forward to working on this campaign, not just to increase the visibility of the Longines FEI Jumping World Cup™ series but also to create a meaningful conversation around the power of equestrian sport,” said Tomas Torgersen, Show Director Gothenburg Horse Show.

“Both the human and equine athlete require a strong mental connection and it is this special bond that always shines through during the Longines FEI World Cup competitions. It’s always a magical moment when an athlete gets the best out of their horse at that crucial moment of the competition. It’s in those few seconds that World champions are created and we want the world to see and experience this with us.” 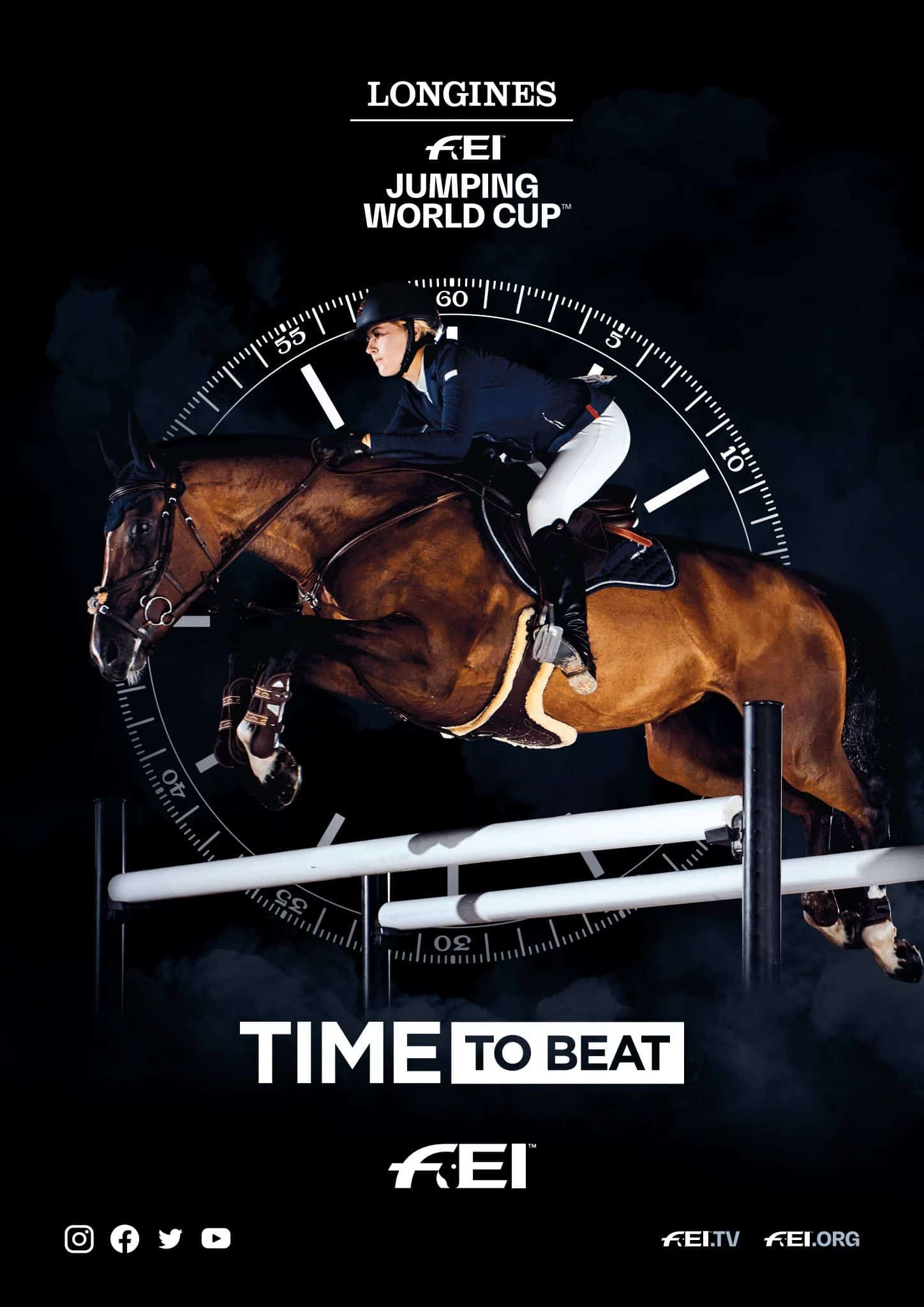