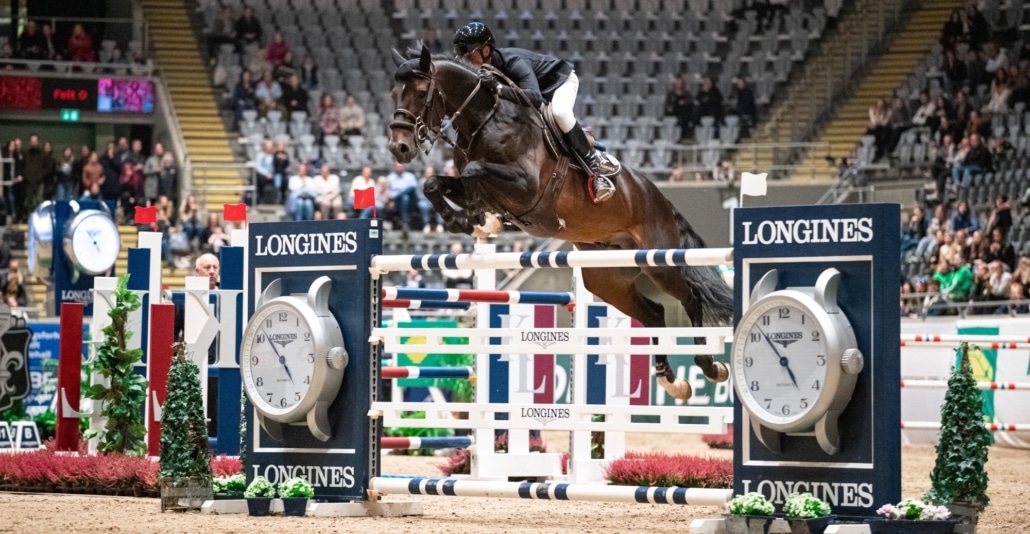 The Netherlands’ Kevin Jochems clinched victory in the first leg of the Longines FEI Jumping World Cup™ 2021/2022 Western European League today at Oslo in Norway with a superb performance from the fabulous stallion Turbo Z.

From a starting field of 35, a total of seven horse/athlete combinations qualified for the second-round jump-off and Belgium’s Pieter Clemens and Huide G looked to have it in the bag with a great run when fifth to go against the clock.

Their time of 46.09 seconds looked unbeatable but, last into the ring, 26-year-old Jochems took all the tightest turns to break the beam in 44.77, demoting the Belgian partnership to runner-up spot while Sweden’s Jens Fredrison and Markan Cosmopolit finished third ahead of Austria’s Alexandra Reich and Loyd in fourth place.

Today’s competition was the first of 11 qualifying rounds in which athletes accumulate points towards the Longines FEI Jumping World Cup™ Final 2021/2022 in Leipzig, Germany next April.