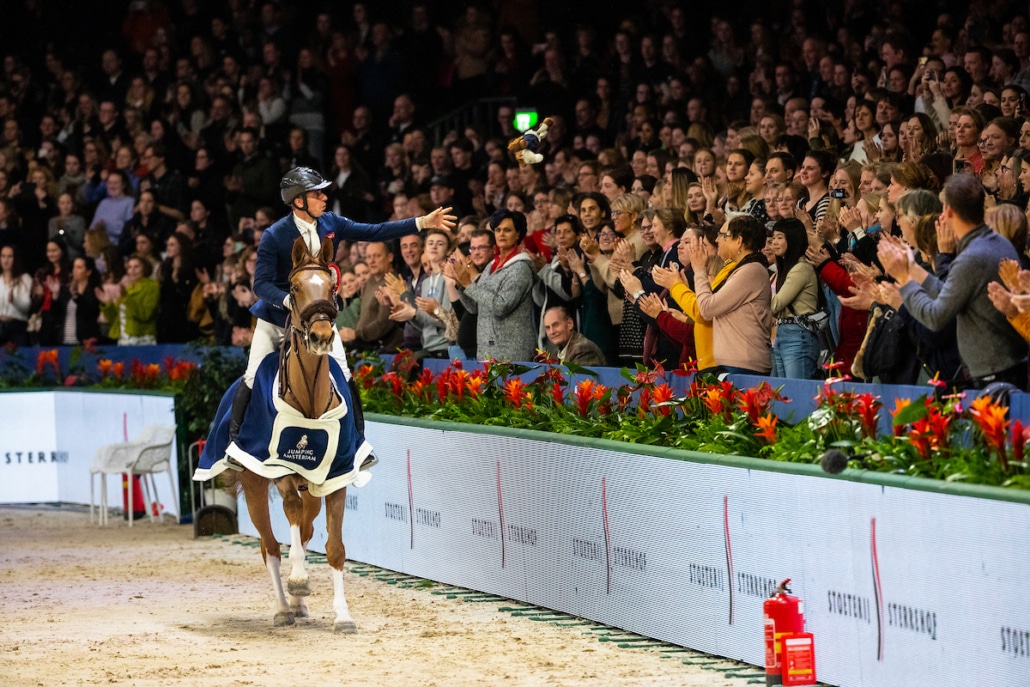 Just six of the 68 starters kept a clean sheet over the first-round track set by Spanish course designer Javier Trenor. Second to go against the clock, the super-fast Frenchman and his gutsy 10-year-old chestnut gelding really put it up to the rest of them when clearing the line in 41.24 seconds and, at the end of the day, just could not be caught.

Ireland’s Denis Lynch and GC Chopin’s Bushi were the next pair to leave the course intact, but their time of 42.87 seconds only proved good enough for third place when, last into the ring, Germany’s David Will and C Vier raced through the finish in 42.71 seconds to clinch runner-up spot.

Adding the maximum 20 points to the three he collected at the second leg of the series on home ground in Lyon (FRA) last month, Epaillard has now rocketed up to sixth place on the Western European League leaderboard from which the top 18 will qualify for the Longines FEI Jumping World Cup™ Final which will take place in Leipzig, Germany next April.

Ireland’s Lynch has moved into the number one slot ahead of the next qualifying round at La Coruna, Spain, in two weeks’ time

Helen on a High in Madrid
Scroll to top