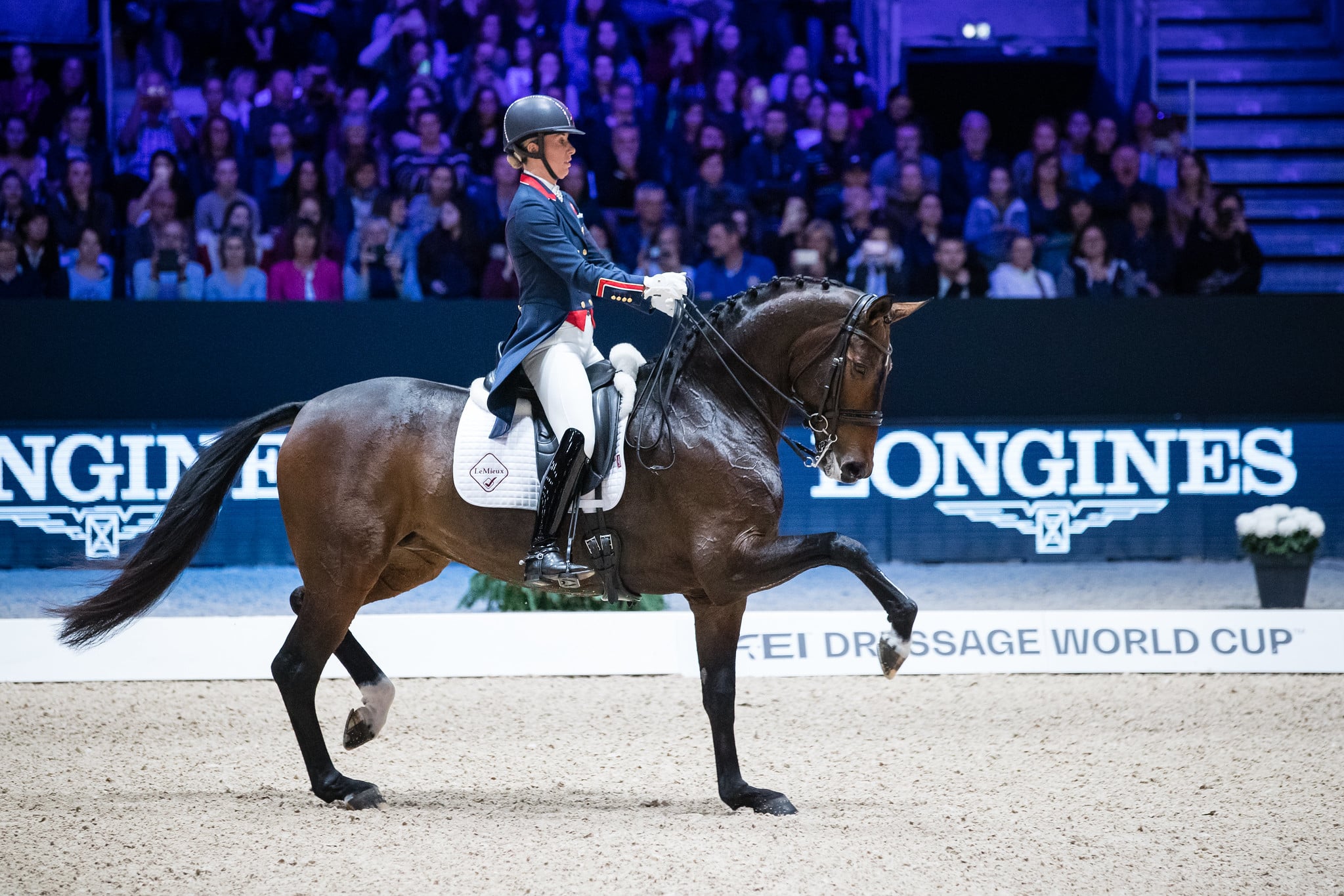 RAI Amsterdam is the stage for two World Cup competitions

AMSTERDAM – Jumping Amsterdam will host top of the world of the dressage and show jumping riders. They will compete in RAI Amsterdam for important World Cup points on their way to the Las Vegas finals. On Saturday afternoon, the Freestyle to Music is the dressage highlight. On Sunday afternoon RAI is fully packed with show jumping enthusiasts for the Longines FEI Jumping World Cup™. However, Jumping Amsterdam has even more to offer.

Jumping Amsterdam is the eighth out of eleven European competitions of the FEI Dressage World Cup™. Emmelie Scholtens has won the seventh show in Mechelen and is, together with her stallion Desperado N.O.P., one of the favorites in Amsterdam. She gets fierce competition from Hans Peter Minderhoud, who is the best Dutchman in the current standings. Minderhoud competes with his stallion GLOCKâs Dream Boy. Edward Gal and Anne Meulendijks, together with Scholtens and Minderhoud member of the silver Dutch EC team, bring their best horses to the capital of the Netherlands. The fifth Dutch starting place is for Adelinde Cornelissen.

The riders of TeamNL have competition of, among others, the German number 1 of the world and reigning World Cup Champion, Isabell Werth – multiple winner in the RAI. Her fellow countrymen and women Helen Langehanenberg – currently number 3 -, Jessica von Bredow-Werndl – number 6 – and SÃ¶nke Rothenberger are also present in the RAI. The British multi-champion Charlotte Dujardin is certainly one of the favorites for the victory. Her compatriot Charlotte Fry, who is based in Den Hout in Brabant (NL), is the rising star and will have a lot of fans in Amsterdam.

The dressage riders will compete in the Grand Prix on Friday and the Freestyle to Music on Saturday afternoon.

Maikel van der Vleuten is – after his victory in the World Cup of La Coruna – the best Dutchman in the standingsof the West European League, with good prospects of participating in the final in Las Vegas. Marc Houtzager has also been performing very well this season. They will be joined by Harrie Smolders, Willem Greve, Bart Bles, Jeroen Dubbeldam, Leopold van Asten and Doron Kuipers on Sunday afternoon in the Longines FEI Jumping World Cup™ presented by RAI Amsterdam, the main event of Jumping Amsterdam 2020.

On Saturday evening also Jur Vrieling, Eric van der Vleuten and Gerco SchrÃ¶der will start in the Grand Prix of Amsterdam. A strong Dutch delegation will be watched carefully by national coach Rob Ehrens on the road to the Tokyo Olympic Games. Thanks to a strong international field of participants, it will become clear if TeamNL is a squad to be reckoned with at the Olympics. Steve Guerdat, leader in the World Cup ranking and number 2 of the current standings, will be present in Amsterdam, just like the Belgian top riders with like Pieter Devos, the current number 6 in the world. From Germany we see the number 3 of the world Daniel Deusser and Marcus Ehning.

Irene Verheul sports director: âWe have worked extremely hard in recent years to raise the bar even more. With the outcomes of the current field of riders, I can only be proud. This guarantees top sport! Add in the atmosphere and passion of our audience, combined with the Amsterdam ambience and you have the complete package!”

Paul Riemens, CEO of RAI Amsterdam and also Chairman of the Board of Jumping Amsterdam: âIn the four years that I have been able to experience Jumping Amsterdam up close, I have seen the event grow into a five-star competition. We look forward to four days of top sport, show and entertainment. This edition we expect to welcome more visitors than ever. One thing is certain; RAI Amsterdam is ready.”

In addition to top sport, there is also room for recreational sport and para-dressage. With Tokyo in sight, it is an important year for TeamNL’s best Para-dressage riders. In RAI, the competition for KNHS Witte Van Moort Para-Dressage Trophy is an important selection moment for the Paralympic Games. On Friday morning, multiple champions Nicole den Dulk, Rixt van der Horst, Frank Hosmar and KNHS Talent team member Maud de Reu are amongst the participants.

KNHS Talent of the Year

Who will succeed jumping rider Kevin Jochems as KNHS Talent of the Year? Saturday afternoon the reveal has been a part of the Jumping Amsterdam program for years. Prior to the presentation, Anky van Grunsven and coach of the Dutch National team Rob Ehrens talk about the KNHS Talent Plan and answer questions from the crowd.

Young riders get plenty of attention in the program. On Sunday morning, the Novotel Jumpertjes children’s morning is a first time for many young enthusiasts. They are able to ride in the international ring and get in touch with the world-class riders with whom they ride a relay race. Dutch celebrity Britt Dekker is also there with her beautiful white stallion George.