Blog - Latest News
You are here: Home / Impressive field of competitors in the subtop during Jumping Amsterdam 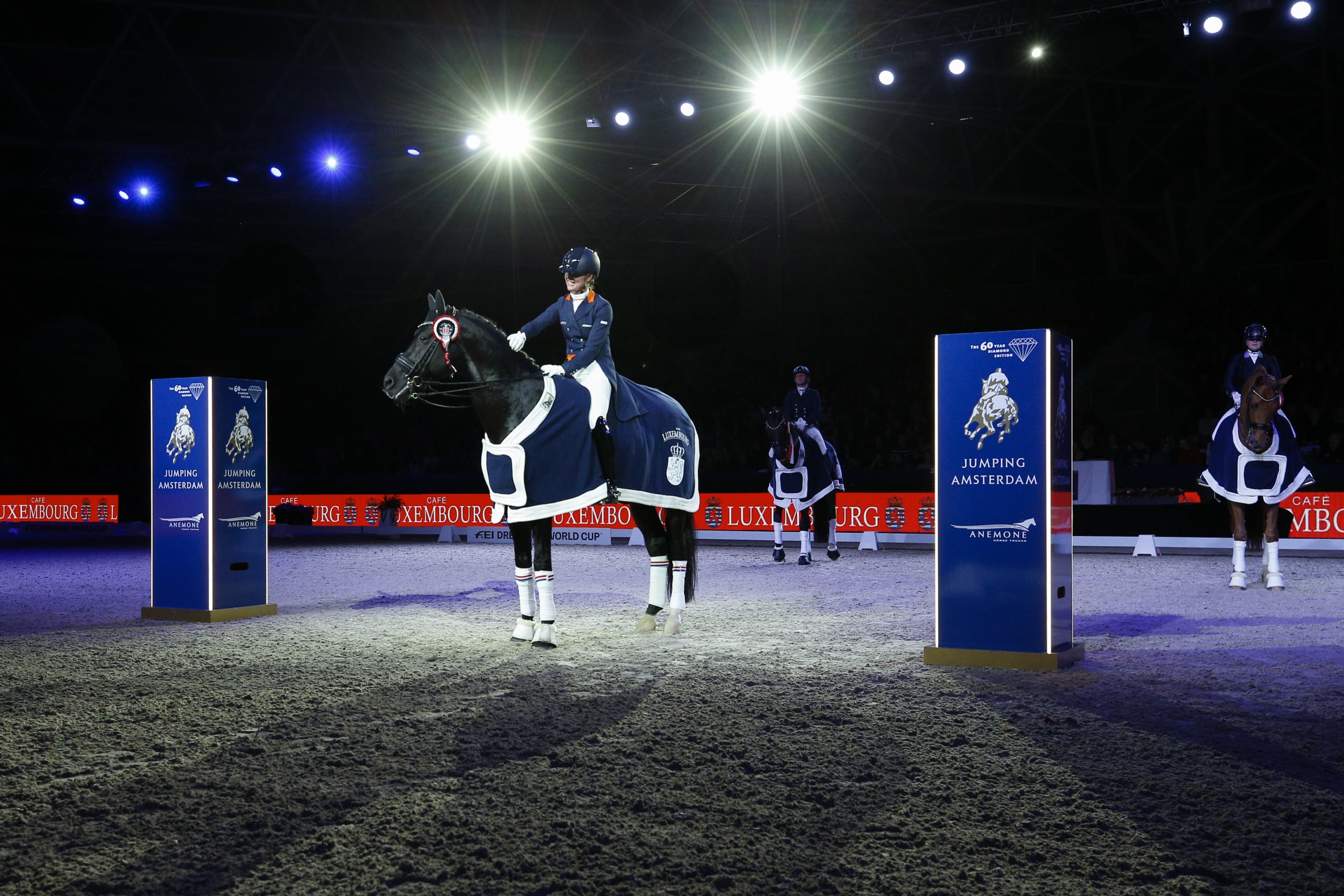 Who wants to enjoy the subtop must be in the RAI on Thursday 23 January! The top six participants in the Dressage Magazine Prize compete for a spot in the Freestyle to music at Intermediaire I level in the Anemone Horse Trucks Prize, prior to the FEI World Cup competition on Saturday 25 January.

The field of participants, on Thursday evening January 23, is one to enjoy. Pavo Cup winner and multiple World Cup finalist Great Lady TC will compete with current U25 European champion Jeanine Nieuwenhuis for a place in the final. But also riders like Dominique Filion, Lotje Schoots, Kirsten Brouwer, Laurens van Lieren and Robin van Kooten-Beekink and Marieke van der Putten with her future horse Toskira want to lead the honorary round during the well-known sounds of âGeef mij maar Amsterdamâ (Give me Amsterdam). Fanatic participant in the selection competitions Dinja van Liere comes with the top-quality KWPN stallion Geniaal. The silver medal at the Dutch Championship was the start of a season in which they proved to be in top form.

FinnlÃ¤nderin is mentioned by Madeleine Witte-Vrees as her new Grand Prix asset. Will we see this combination in the World Summit in a few years’ time?

The best 6 placed participants dance in the Anemone Horse Trucks Prize for a sold-out house on Saturday 25 January, prior to the FEI Dressage World CupTM