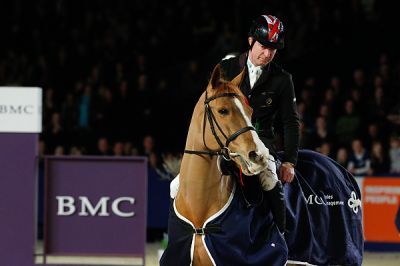 Marc Houtzager set a very fast time with Tamino (37.11s), but was overtaken by Michael Whitaker in a time of 36.31s. The audience went wild when Eric van der Vleuten and VDL Groep Utascha SFN (Lux) rode a clear round, however with 36.98s they were just a fraction short and finished second.

Afterwards, Eric van der Vleuten, as the best performing Dutchman in the BMC Grand Prix, complimented the organization of Jumping Amsterdam: “The event has developed into a high level event in a short time. The show has a very enthusiastic audience, a great sports program and a amazing atmosphere!”