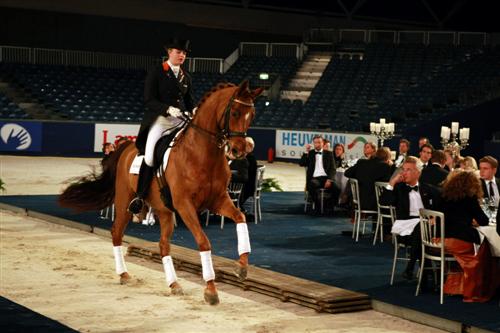 The proud and powerful mare Reine B didnât hesitate to show in the arena while the black tied audience enjoyed their the dine and wine. Lotje also offered a clinic given by herself for the charity âOrange babiesâ, babies born in Africa suffering from aids. More nice items were sold, like a VIP-treatment in Hong Kong and a VIP-treatment at the WC four in hand this year in The Netherlands. The charity   reached more than â¬ 130.000.