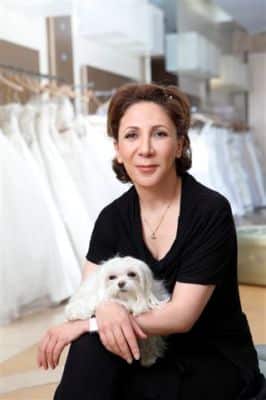 Internationally acclaimed fashion designer, Reem Acra, has signed a three-year sponsorship for the Western European League and the Final of the FEI World Cupâ ¢ Dressage, which opens in Odense, Denmark next month at the start of its 26th season.

FEI President HRH Princess Haya announced the Reem Acra sponsorship at a Champions Club party during the Alltech FEI World Equestrian Gamesâ ¢ in Kentucky, where Reem Acra was the presenting sponsor of the Eventing championships.

Reem Acra has dressed global icons of style for weddings, red carpet appearances and awards ceremonies. Her clients include Angelina Jolie, Halle Berry, Beyonce Knowles, Catherine Zeta-Jones and Eva Longoria. Her ready-to-wear and bridal collections are carried by 150 of the worldâs most exclusive retailers.

âThe FEI is delighted to welcome Reem Acra as a new Dressage sponsorâ, FEI President HRH Princess Haya said. âThe Reem Acra brand will add even more glamour to what is already one of the worldâs most stylish sports and it is wonderful to have such a celebrated sponsor for the Western European League and for the Final.â

Confirming the three-year deal, Reem Acra added, âI have always loved horses and have watched and admired Dressage events for many years. For me it is the most beautiful and stylish discipline within the equestrian world so I am thrilled to be given the opportunity to take a more active role in the sport.â

The Central European League began in Lipica, Slovakia in May of this year and, after 10 qualifying rounds, will conclude with a final in Warsaw, Poland in March 2011. The six-leg North American League began at Saugerties, USA in August and comes to a close at Loxahatchee in Florida next March, while there are just four legs in the Asia/Pacific League which finishes up in Werribee, Australia in December.