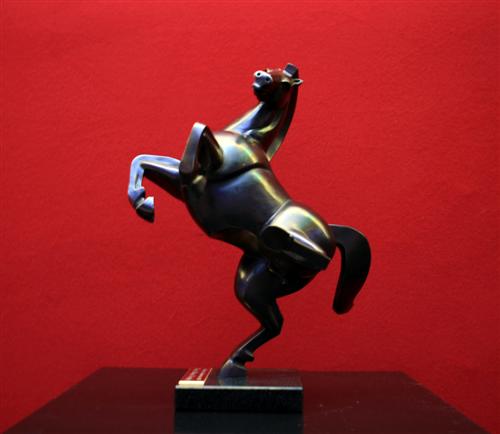 He is very known in The Netherlands, Anton Ebben, the famous old-Olympic rider partnering very known horses in the past like Kairouan and Jumbo Design. This Amsterdam-born rider received many applauses in the old RAI and the new RAI during his time as a professional rider.

Now once again the full house in the Amsterdam RAI was cheering loudly because of the âeminence griseâ rewarding the best Dutch rider during Jumping Amsterdam with the Anton Ebben Trophy. The first Anton Ebben Trophy was handed over to Albert Zoer, being the most successful jumping rider in the international classes. âQuit an honour, this special Priceâ, Zoer remarked. Earlier this week he already had been honoured with a special price by his own northern region in the Netherlands, sportman of the north 2007.