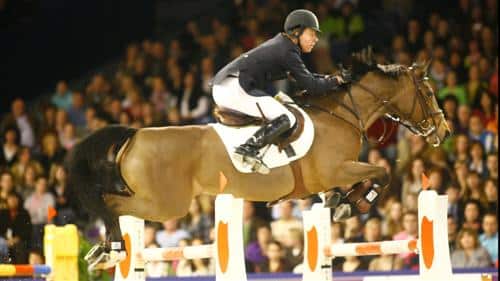 This weekend the Rolex FEI World CupÃ¢â ¢ series moves to Amsterdam, the capital city of The Netherlands sometimes known as “the Venice of the North” due to its large collection of canals. Amsterdam epitomises Dutch culture in many ways, as contradictions comfortably co-exist. It is the tolerance – the “live and let live” attitude – of the Dutch people that singles them out as unique. First-time visitors may find it strange that when travelling by train most people prefer to sit alone and don’t immediately speak to strangers, but this is one of the most densely-populated places in the world and privacy is extremely important. The tiny country is home to 16.5 million people and, on closer acquaintance, its inhabitants are some of the friendliest people you will meet.

Despite being reserved, the Dutch can be alarmingly direct. Pragmatism is key to their nature and they tend to come to the point very quickly. While they see this directness as a positive personality trait however it can take the uninitiated by surprise, so as they extend their arm for a knuckle-breaking hand-shake accompanied by an unnerving degree of eye contact visitors are sometimes taken aback.

The term “going Dutch” refers to the practice of each individual paying their own way in a social situation. It is not intended to be distancing or offensive, its about practicality and about respecting each person in their own right. And although it may seem to be in stark contrast, that independence is allied with a strong sense of the collective. A study by Tilburg University suggests that the Dutch tend to be less competitive than many other Westerners, valuing team-work and consensus over individual gain – perhaps these admirable characteristics go some way toward explaining the remarkable successes of Dutch equestrian teams in recent years.

Think about Holland, as it is also known, and for many of us the first things that spring to mind may be tulips, Van Gogh, windmills and clogs.

Flowers, or to be more precise flower bulbs, are big business. The Netherlands produces about nine billion of them annually which accounts for almost two bulbs per person on the planet – now that’s a lot of flowers! The tulip remains the most popular and recognisable but after its introduction in 1593 its popularity almost crippled the economy and the “tulip bubble” that resulted from ridiculously high prices and massive speculation had to be burst by legal means. Originally from Turkey, this special flower underwent experimentation at the hands of the famous botanist Carolus Clusius and others and new colour variations were developed so that from a much sought-after but unaffordable commodity it eventually became available to all. The Dutch are very proud of their flower-growing tradition and each bulb, they say, holds a promise – a promise of a world alive with colour and good cheer from the last snows of winter through the first frosts of autumn.

The brilliant but tragic post-impressionist artist Vincent Van Gogh incorporated the bright colours of flowers in his later paintings and drawings and his work continues to be loved and treasured world-wide. Born in 1853 he worked for a firm of art dealers early in his adult life and then became a teacher and missionary before embarking on the career that would see him produce more than 2,000 works, most during the last ten years of his life which, after recurrent bouts of mental illness, ended in suicide in 1890. Van Gogh once said, “I often think that the night is more alive and more richly coloured than the day,” and in Amsterdam you can view his genius in the spacious Van Gogh Museum at Paulus Potterstraat. Museums are plentiful in this city, and the other two most popular ones are the Rijksmuseum which includes works by Rembrandt, Vermeer and Van Hals and which houses Rembrandt’s legendary “Nightwatch” and the Stedelijk which has a major collection of modern art.

Clogs, traditional wooden shoes, are readily available in Amsterdam but much more surprisingly so are windmills! Believe it or not there are eight stunning examples in the heart of the city which are well-worth a visit, armed of course with a camera to take full advantage.

The Oude Kerk, an old church with little houses clinging to its sides, remains a haven in the heart of the frenetic Red Light District and the Begijnhof is a must-see location. A narrow, vaulted passageway leads to this charming garden surrounded by old houses which were once occupied by Beguine nuns and in the centre of the lawn is a medieval church, while at No. 34 stands the oldest house in Amsterdam. Entry is free, but you are expected to treat this place with the respect it deserves by staying very quiet.

No trip to Amsterdam would be complete without a trip down one of the many canals. The Prinsengracht, Herengracht, Keizersgracht and Singel are the four main waterways in the city centre and a boat cruise by day is fascinating and relaxing, while at night there is a romantic feel enhanced by the lights of the house and bridges along the way.

However although perhaps not the most beautiful spots in this fascinating city, the Dam Square is one of the most important historically. At the very heart of Amsterdam, it has witnessed many great moments including the arrival of Napoleon and his troops during the 1808 take-over and here stands the Royal Palace, originally used as the town hall and intended to glorify the city and its government.